Have you ever been lucky enough to see the London Harness Horse Parade? Rich in history and tradition, the parade showcases horses and drivers in their best Easter turnouts. 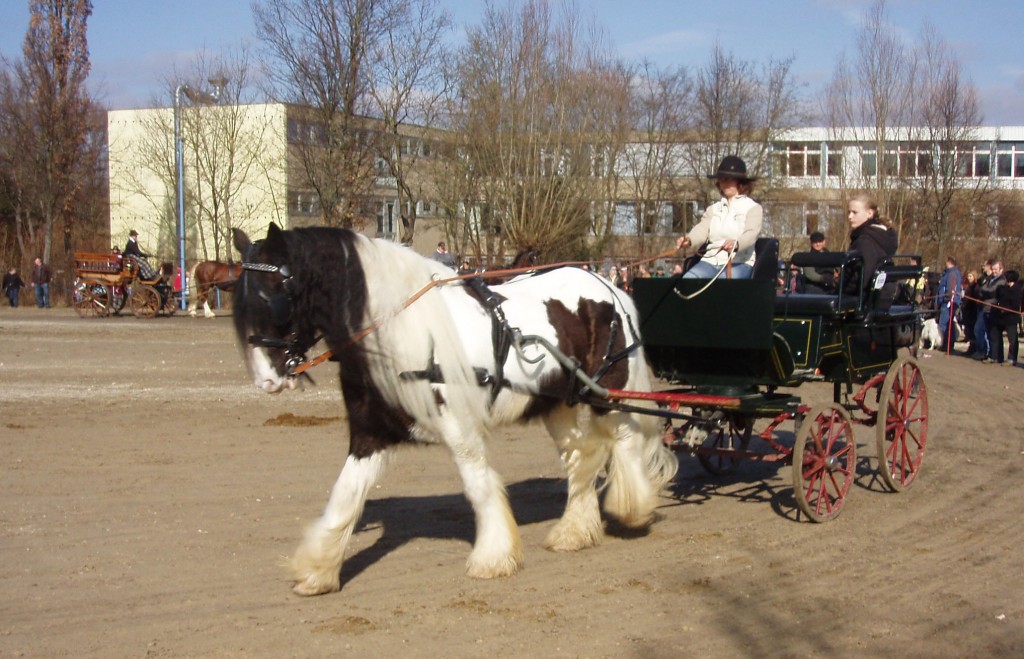 The London Cart Horse Parade was originally created to draw attention to the working horses of London, increasing the public’s awareness of and interest in the welfare of the horses. One hundred and two horses participated in the first Cart Horse Parade, and entries into the next year’s parade jumped to 383. During the early 1900s the parade became so popular that entries had to be limited to 1,000, but with the development of motorized transportation, the role of the cart and working horse soon decreased.

Today the London Harness Horse Parade hosts a wide variety of breeds, including Dutch Friesians, Gelderlanders, Shires, and even donkeys. Some of the horses and turnouts come from working establishments, such as breweries. The parade is now open to private owners and drivers, so many of the exhibitors drive their horses for pleasure and entertainment. Some participants even come from as far away as Ireland.

If you attend the London Harness Horse Parade, you will be treated to a wide variety of horses and drivers, all dressed up and presented at their very best. You may see carts, buggies, and wagons that are brand-new, while others may seem like they are straight out of history. Many paradegoers make it a habit of joining in the festivities by dressing up themselves.

This entry was posted in Horse Travel. Bookmark the permalink.